Mednyi Vsadnik is in the lead in the open event. 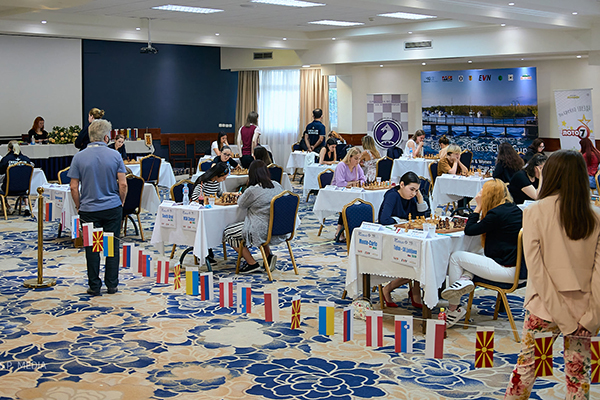 In the open event, Mednyi Vsadnik made a draw with AVE Novy Bor (Czech Republic). Both teams, which have scored 9 match points each, were joined by Silla-Valencia Origin of Chess (Spain). However, the Russian club has a superior tie-break.

In the penultimate 6th round Mednyi Vsadnik will face Silla-Valencia Origin of Chess, whilst AVE Novy Bor will play against the local Alkaloid.

South Ural won the fifth match in a row in the women's section: in Round 5 the Russians defeated Kumanovo (North Macedonia). The Ukrainian GRECO – Kyiv Chess Federation is 1 match point behind the leader. South Ural will play against the Macedonian Alkaloid in the next round.