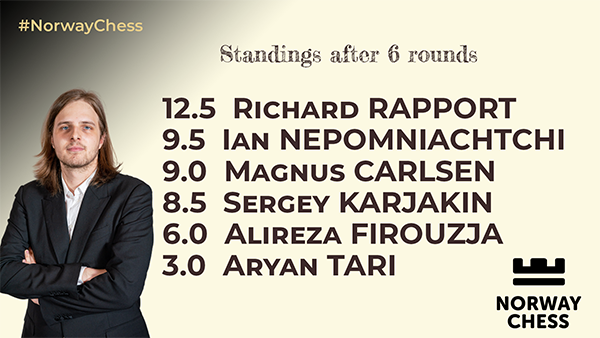 On the 13th of September, the sixth round of the Norway Chess was played in Stavanger. Magnus Carlsen defeated Alireza Firouzja, Richard Rapport beat Aryan Tari, whilst the Russian derby ended in a draw. Karjakin bested Nepomniachtchi in the "sudden death" game.


A win in a classical game is worth 3 points and a loss 0. If the players draw, they play an Armageddon game, where the winner earns 1.5 points and the loser 1 point.