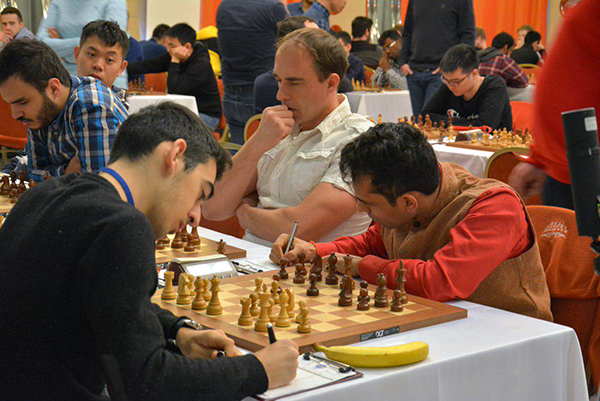 The seventh round of the 17th International Chess Festival "Aeroflot Open 2019" was played in Cosmos Hotel on February 25.

Maksim Chigaev, Alexey Sarana (both from Russia), Amin Tabalabaei (Iran), and Tigran L. Petrosian (Armenia) are trailing by half a point.

Stanislav Bogdanovich (Ukraine) is leading the "B" group with 6.5 points.

The leaders of the "C" tournament are Balgan Bayarmandakh (Mongolia) and Timofey Iljin (Ukraine), who have scored 6 points each.