Russian Billionaire Wants to Buy Some of America's Controversial Statues 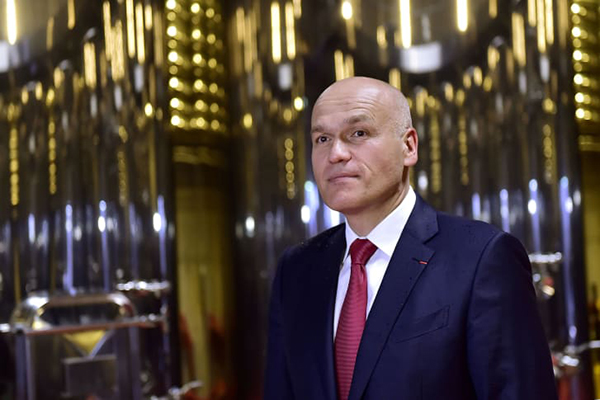 A Russian billionaire has offered to buy two controversial statues that protesters want removed from US cities due to their troubling ties to racism and colonialism.

Businessman Andrey Filatov's Art Russe Foundation, which collects and preserves Soviet-era art, said it is willing to purchase depictions of Theodore Roosevelt and settler Alexander Baranov, found in New York and Alaska respectively, as both men left a "positive mark" on Russia.

The two statues are among hundreds across America facing calls to be pulled down after Black Lives Matter protests sparked nationwide discussions about the memorialization of various historical figures. Filatov's foundation hopes to bring them to St. Petersburg in the name of preserving "cultural and historical heritage."

"We have deep respect and appreciation for individuals who contributed to the development of Russia and were associated with the history of our country," said an Art Russe Foundation spokesperson in an emailed statement.

"Both the 26th President of the United States, Theodore Roosevelt, and the governor of Russian settlements in North America, Alexander Baranov, were statesmen who left their positive mark in Russia's history. We therefore see the need to preserve their memory for future generations."

Currently found in front of the American Museum of Natural History in New York City, the Roosevelt statue in question has long faced vandalism and calls for its removal due to its depiction of a Native American man and Black man stood at the feet of the US president.

New York City Mayor Bill de Blasio's office confirmed in June that the statue will be taken down, saying that non-White figures had been portrayed as "subjugated and racially inferior." No details about its future had been announced at the time Filatov's offer was made public.

Roosevelt's place in Russian history stems from his role brokering a treaty between Russia and Japan in 1904, bringing the countries' year-and-a-half-long war to an end. His role in the deal, known as the Treaty of Portsmouth, won him the Nobel Peace Prize in 1906.

Alexander Baranov, meanwhile, was a merchant who once governed Russian America - the parts of North America owned by Russia before they were sold to the United States in the so-called Alaska Purchase. A bronze sculpture of Baranov has stood in the city of Sitka since 1989, though Native American communities there have led calls for it to be taken down.

A petition calling for its removal, signed by more than 2,500 people, describes him as a "colonist who came to Sitka, Alaska, without an invitation, to enrich himself, his company and his country," and accuses him of leading "the armed assault on the local Tlingit people."

Showing art 'to the people'

Ukrainian-born Filatov made his fortune in the transport and ports industries, according to Forbes, which last year estimated his net worth at $1.1 billion. He founded the investment firm Tuloma in 2013, and co-owns private railway operator Globaltrans.

The 48-year-old is also renowned as a chess player, and serves as president of Russia's chess federation.

In 2012, Filatov founded Art Russe Foundation in order to collect Russian art -- primarily from the Soviet era (1917 to 1991) -- which it then loans out to museums and galleries

"When the Soviet Union collapsed, a huge amount of great artworks were taken out of the country to the west and elsewhere," he told CNN that year. "My task is to buy these artworks and show them to people."

Art Russe Foundation confirmed that it has written to Sitka's City Hall, the American Museum of Natural History and unspecified "New York City authorities" to express its interest in the two statues. The spokesperson did not say how much had -- or would be -- offered, instead stating that the artworks' "monetary value is subject to negotiation."

The spokesperson added that the Russian city of St. Petersburg would be "the appropriate host city" for the statues.