A unique project is completed at the Moscow State Stroganov Academy of Industrial and Applied Arts. 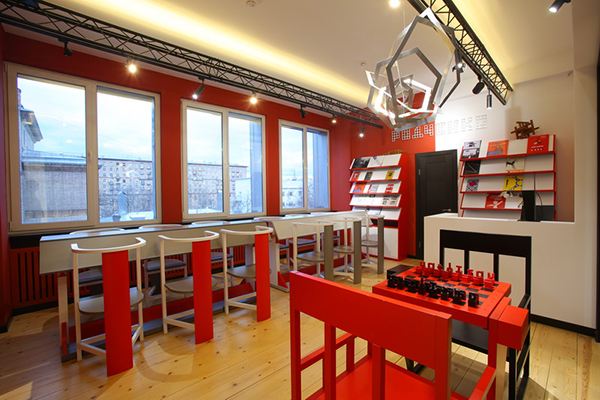 With the support of the Art Russe Foundation and President of the Chess Federation of Russia Andrey Filatov, the Furniture Design Department of the Stroganov Moscow State Academy of Art and Industry (MGHPI) has completed a unique project of professional-level reconstruction of Alexander Rodchenko's Workers' Club. Rodchenko designed the Workers' Club for the 1925 Paris Expo in collaboration with students of the VKHUTEMAS Higher Art and Technical Studios’ Wood- and Metalworking Department, where he taught in the 1920s and 1930s. The furniture design and constructivist interior pieces have been recreated using early 19th century techniques, based on original drawings and sketches from the artist's archives, by today's students and teachers at the Stroganov Academy, with the participation of Alexander Lavrentyev, grandson of Alexander Rodchenko and professor at the Academy.

Designed by the founder of constructivism, painter and graphic artist Alexander Rodchenko, the Workers' Club of the USSR was a tremendous success in the Soviet Pavilion at the 1925 International Exhibition of Modern Decorative and Industrial Arts in Paris. With its contrasting combination of graphic lines and colour spots, utter absence of decorative elements, clear and transparent composition of the furniture set, emphasized functionality and transformability of the elements, the Workers' Club has become a hallmark of early Soviet design.

The success of Rodchenko's revolutionary space at the Paris Expo was unreserved. In the 1920s, ideologists of the young Soviet state conceived reading clubs as the main tool for promoting the cultural revolution and eliminating illiteracy. Considering that Alexander Rodchenko was above all a conceptual painter, graphic artist, photographer, and poster artist (indeed, his advertising posters were awarded 4 silver medals at the same exhibition), his Workers' Club was perceived, in today’s terms, as a 3D advertising poster for new Soviet aesthetics and the new way of life of the Soviet people.

Destined to become a stellar example of industrial constructivism, the 1925 interior and furniture were manufactured in a single copy based on Rodchenko's sketches and drawings, at a furniture factory in Asnieres, France - especially for participation in the international exhibition. The set was subsequently gifted to the French Communist Party, and its current whereabouts are unknown.

In the second half of the 20th century, attempts to reproduce the Workers' Club and its individual components were made in France, the U.S., Finland, the UK, Spain, the Netherlands, and the USSR. One of such sets, reproduced at the VNIITE USSR Scientific Research Institute for Industrial Design, is now on display at the Pushkin Museum in Moscow. The Tretyakov Gallery exhibits a Workers' Club reproduced by German furniture makers for an exhibition in Baden-Baden and at the Tate. However, although Rodchenko's design served as the basis for all known reproductions of the Workers' Club, furniture pieces from different sets significantly differ in proportions, manufacturing techniques, colour and finishing texture.

The latest reproduction of the Workers’ Club was carried out under an agreement with the Art Russe Foundation by students and alumni of the Moscow State Stroganov Academy of Industrial and Applied Arts Furniture Design Department, based on documentation from the Alexander Rodchenko family archives made available by the artist's grandson and Stroganovka professor Alexander Lavrentyev.

The project commenced with the reconstruction of the famous chess table, which became the graduation work of Nikolai Golikov, a furniture design student at the Academy. His supervisors were Head of the Furniture Design Department Kirill Cheburashkin and Professor, Vice-Rector for Scientific and International Affairs of the Academy Alexander Lavrentyev.

An important part of the project was an extensive research effort that included a detailed study of archival documents, the history of all previous reproductions, as well as a detailed analysis of materials and techniques available to furniture makers in early 20th century. These allowed to identify the most likely design and technology solutions used in the manufacture of the original 1925 version. Several test models determined the materials and techniques to be used in the reproduction of Rodchenko famous chess table. Nikolai Golikov's work was highly appraised by the State Examination Board.

Due to an overwhelming interest in the work, it was eventually decided to recreate the entire interior of the Workers' Club as part of a comprehensive reproduction project. At the same time, students and teachers set themselves the task of creating an interior as a truly functioning, usable space. In addition to the chess table, the project team reproduced the unique photo stand with hexagonal drums, the convertible desks with the famous chairs, as well as the bookshelves. The chess table was complemented by a set of wooden chess pieces in the constructivist style, designed in 1976 by the young VNIITE craftspersons - artists Irina Vasnetsova and her husband Alexander Lavretyev, Rodchenko's grandson.

The project produced two sets, including one that under the agreement with the Art Russe Foundation was shipped to France to become an exhibit in the art collection at Chateau la Grace Dieu des Prieurs in Saint-Emilion.

The other set was donated to the Stroganov Academy and is now housed in the premises of the Furniture Design Department, which rightfully considers itself the successor of the renowned VKHUTEMAS Wood- and Metalworking Department, where Alexander Rodchenko once taught.

“In many respects, the goals and objectives of the Workers’ Club as an institution are aligned with those of an educational cluster, which, in essence is what a department of a higher educational institution is, especially one related to design. Our Workers’ Club is a living space where students study and relax. We now have a unique opportunity to observe and assess the strengths and weaknesses of the recreated Club. And, as professionals, to seek compromise solutions between authentic aesthetics and modern functional requirements for administrative and educational space. The project was intended to enable realization of a beautiful century-old utopia that has become a hallmark of Soviet furniture design."

Art Russe Foundation was established by entrepreneur Andrei Filatov in 2012 to implement educational projects aiming to raise awareness of 20th-centurry Russian art. The collection of the Foundation includes works by masters of different genres, created in the period from the late 19th to the late 20th centuries. The Foundation aims to raise awareness of international audiences about Russian art of that period by supporting exhibition projects, as well as through art loans to Russian and foreign museums and galleries. An important area of activities of the Foundation is publication of artist monographs and catalogues, as part of an independent publishing project. Over the years, the Foundation notably organized the international exhibition project ‘Viktor Popkov. The Genius of the Russian Soul’ (Moscow-Venice-London), the first-ever exhibition of Russian art in the Middle East in Abu Dhabi, and the exhibition ‘The Legacy of WW II in Russian Art’ in London. A permanent exhibition of Russian art from the collection of the Art Russe Foundation within the Beaulieu Museum complex (Hampshire) is the first-ever permanent exhibition of Russian Art in the United Kingdom. 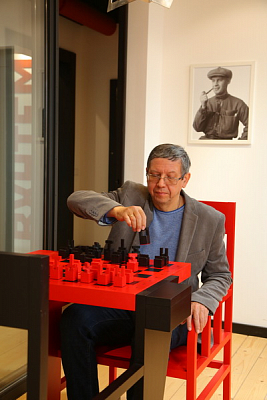 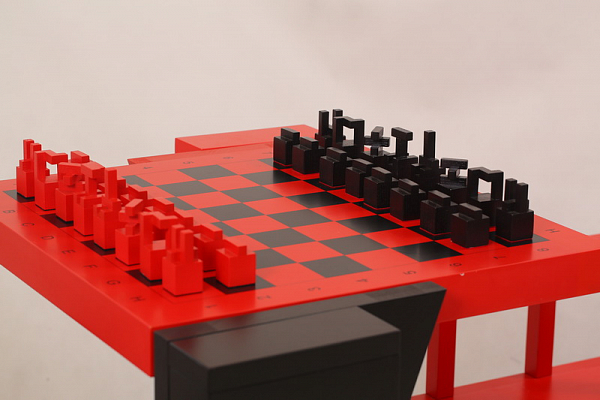 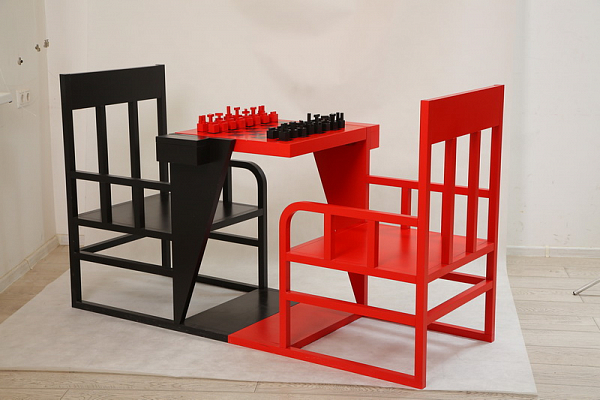 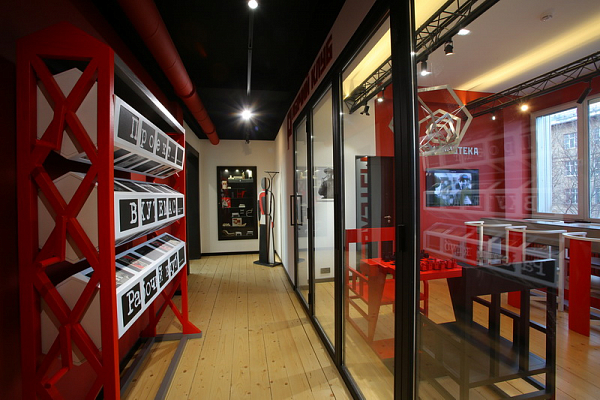 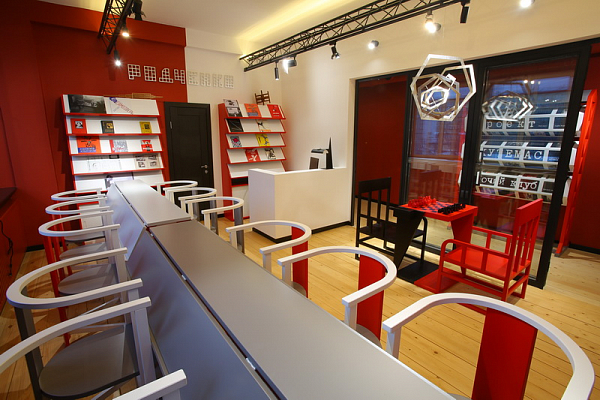 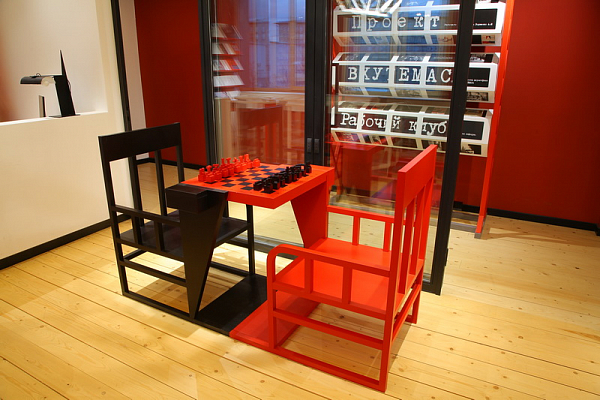 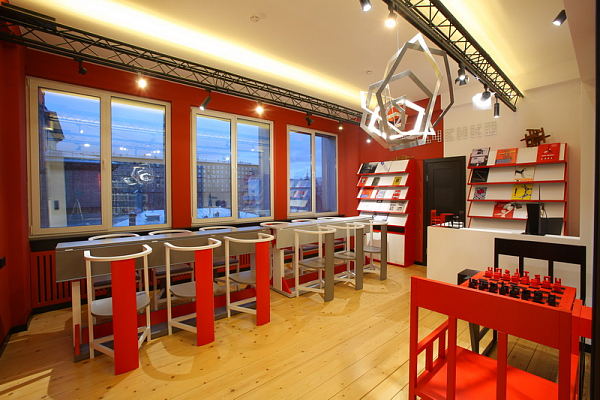 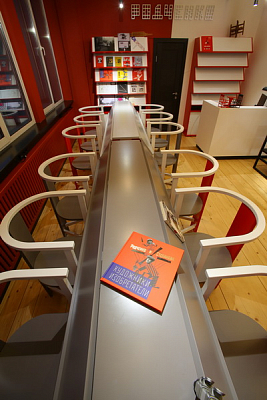