As many as 30 matchups are to be decided on tie-break. 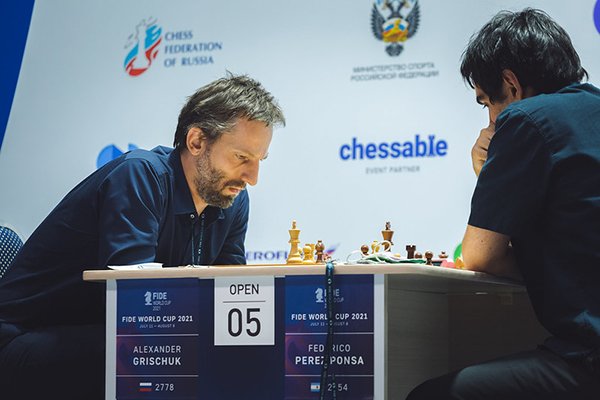 It became known before the round that two Indonesian female players, Medina Warda Aulia and Irine Harisma Sukandar, had upon agreement with the organizers t withdrew from game two of round two not to put the health of other athletes at risk. However, both participants are doing well and tested negative. As a result, their respective opponents, Dronavalli Harika and Valentina Gunina, have advanced to round three.

The symbolic move one in the game M. Carlsen - S. Martinovic was made by Kamil Gadzhiev, the Fight Nights promotion company president.

Fate of as many as 22 matchups is to be decided on a tie-break:

The Russian derby Olga Girya - Leia Garifullina was won by the latter. In the match of Kazakh chess players Zh. Abdumalik - B. Assaubayeva, Zhansaya managed to equalize the score and send the match to the tiebreaker.