He fill face Anish Giri in the final. 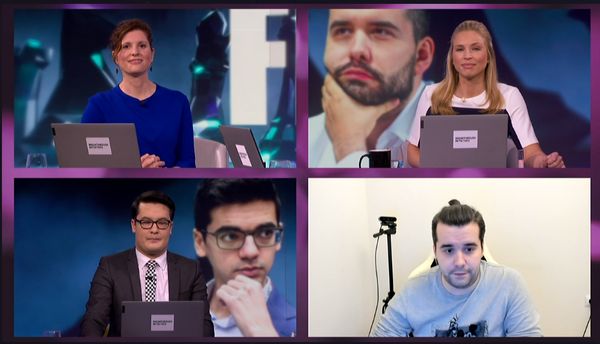 The semi-final of the Magnus Carlsen Invitational, the 4th event on the Meltwater Champions Chess Tour, finished on Chess24.com on March 19.

Having won the first match 2.5-1.5, Ian Nepomniactchi started the second encounter against Magnus Carlsen with a draw and a victory. However, the world champion managed to win on demand the third and fourth games to take the match to a tiebreaker. Carlsen had the initiative in blitz but was pushing too hard for a win in the second game (the first one ended in a draw), and Nepomniachtchi created a smashing counter-attack in the queen vs. queen endgame. Ian Nepomniachtchi won the match to become the finalist.

His future rival, Anish Giri, defeated Wesley So in the second match with the same score 2.5-1.5, as it had been in the first one.

The Final and the third place match will be played on March 20-21. If the match score is 1:1, two 5+3 games are then played followed, if needed, by Armageddon, where White has 5 minutes to Black's 4 but a draw counts as a win for Black.