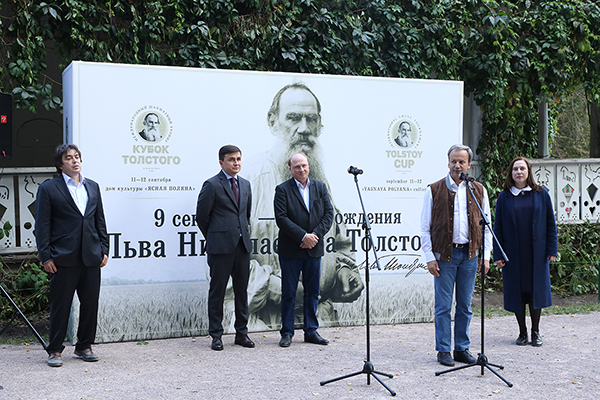 On the 9th of September, the great Russian writer Leo Tolstoy’s birthday, several festive events took place at the State Leo Tolstoy Museum-Estate “Yasnaya Polyana” — the traditional “speech about Tolstoy", a concert by the Renaissance quartet and the grand opening of the first international chess tournament among them.

The ceremony was attended by FIDE President Arkady Dvorkovich, Adviser to the President of the Russian Federation for Culture Vladimir Tolstoy, Deputy Governor of the Tula Region Sergey Egorov, Executive Director of the Chess Federation of Russia Mark Glukhovsky and Director of the Leo Tolstoy Museum-Estate Yasnaya Polyana Ekaterina Tolstaya.

FIDE President Arkady Dvorkovich shared that as soon as he had received a letter suggesting holding a chess festival in Yasnaya Polyana, he got immediately carried away with the idea.

“I am happy it came true. We managed to get together both children and chess professionals. We really want to turn it into a good tradition, and we hope for the support of the museum administration, the regional government and the Chess Federation of Russia,” said Arkady Dvorkovich.

“Leo Tolstoy was known to be very fond of chess, and this idea has been in the air for a long time now. I am confident that the International Chess Tournament in honor of Leo Tolstoy can become an annual event in Yasnaya Polyana,” highlighted Vladimir Tolstoy.

“Not only do we celebrate Leo Tolstoy’s birthday today, but a real chess festival as well. Therefore, I wish each of the upcoming four days to be interesting and exciting. And that everyone devote himself to this game the same way as Tolstoy did,” said Sergei Egorov, Deputy Governor of the Tula Region.

Greetings to the guests and participants were sent by the President of the Chess Federation of Russia Andrey Filatov:

– For us it is a great honor to carry out an international tournament on the birthday of the great Russian writer Leo Tolstoy. Many thanks to the Yasnaya Polyana Estate Museum for providing such a wonderful venue for our competition and to the Elena and Gennady Timchenko Charitable Foundation for their support.

I would like to express special gratitude to the Tula Oblast Governor Alexey Dyumin, whose active involvement made the regional chess life so bright and exciting. At the initiative of Aleksey Dyumin, the Chess in Schools project has been launched in the Tula Oblast, which the Chess Federation of Russia and the Timchenko Foundation have been implementing for many years in different regions of our country now. And here we are with this wonderful tournament in the homeland of Leo Tolstoy. It is always a pleasure to see a regional head so actively and effectively involved in the chess life of his region.

“To play chess is crucial for a child's development as it changes thinking, improves memory and imagination. We are grateful to the Elena and Gennady Timchenko Charitable Foundation for supporting our tournament and thus making it possible for young gifted players to be part of it,” highlighted the Yasnaya Polyana Museum Estate director Ekaterina Tolstaya.

– We wish good luck to our young players from the Chess in Schools project, who will for the first time in their lives compete alongside the leading national and international grandmasters, and we hope that the opportunity to participate in a tournament of this level will motivate them towards improving their playing skills and familiarizing themselves with the works of the great Russian writer.

When the simul was over, each of the simul-givers picked up three best opponents to present with gifts – chess books from the CFR Library. All participants of the simul got gifts from the organizers.

As part of the additional program, Dmitry Oleinikov, candidate of historical sciences and curator of the Chess Museum of the Chess Federation, gave a lecture and a quiz for everyone willing to participate.

The tournament is hosted by the State Leo Tolstoy Museum-Estate “Yasnaya Polyana” and the Chess Federation of Russia with the support of the Elena and Gennady Timchenko Foundation. 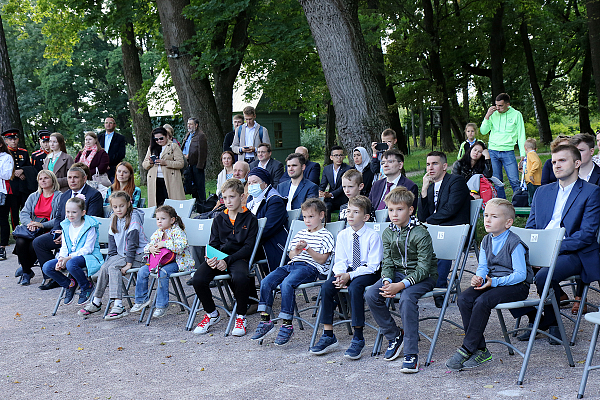 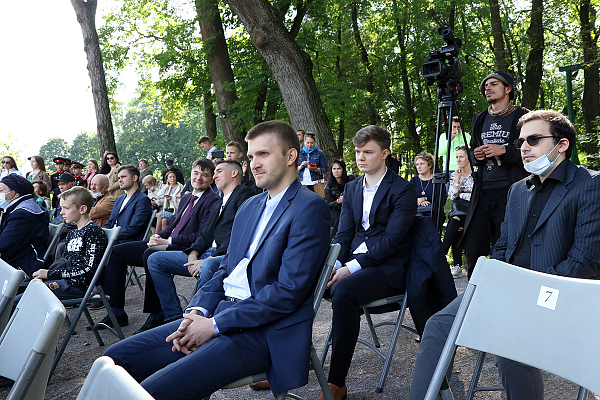 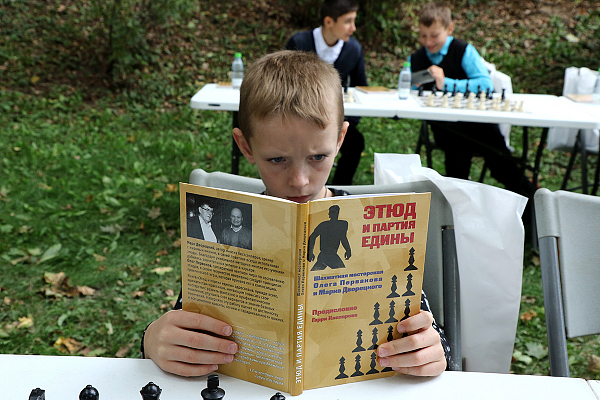 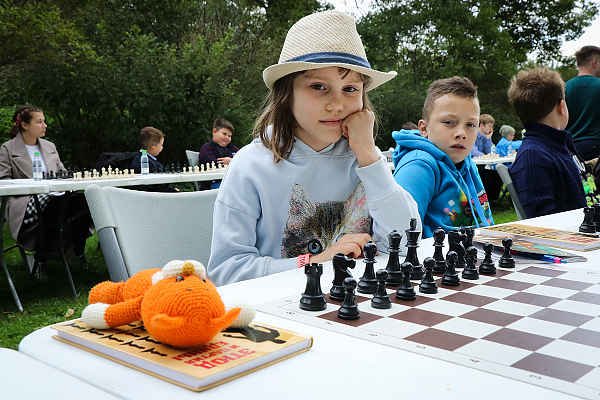 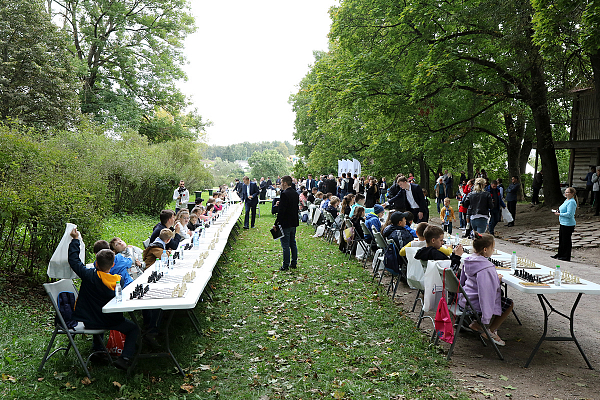 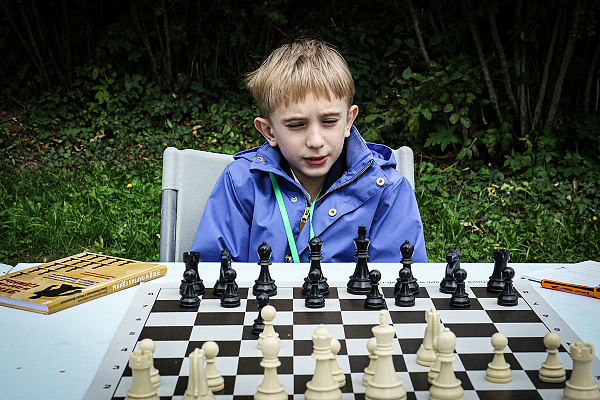 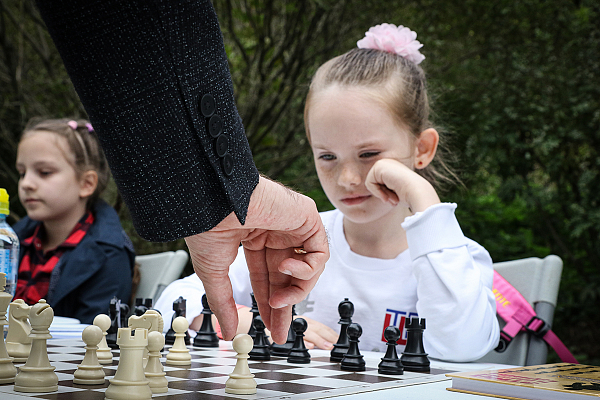 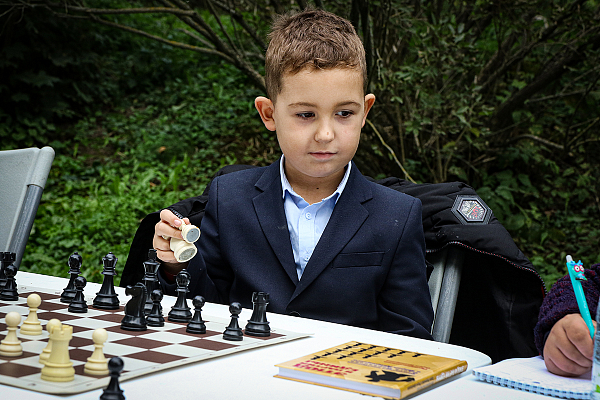 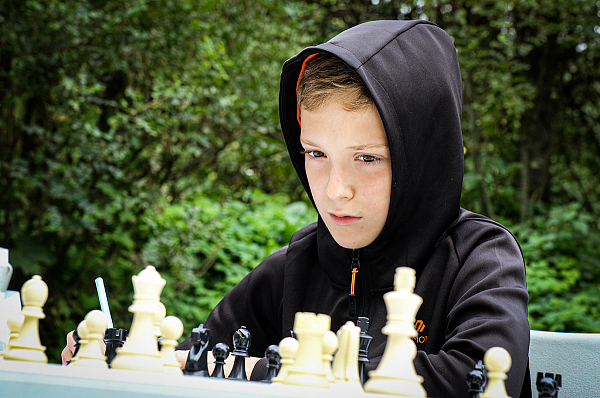 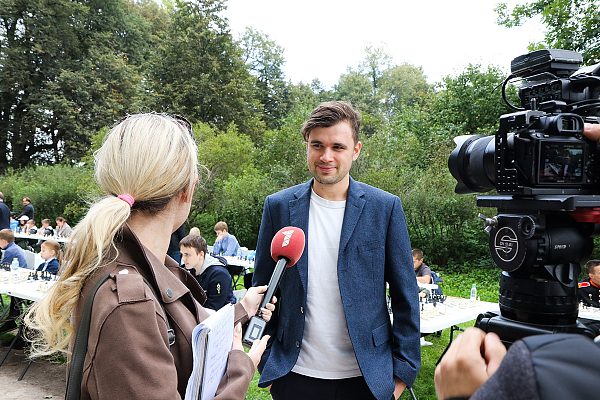 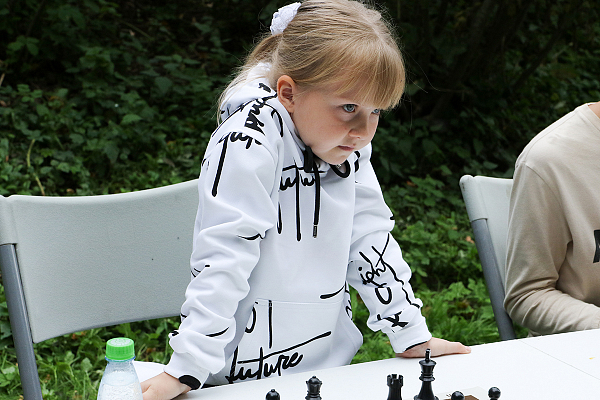 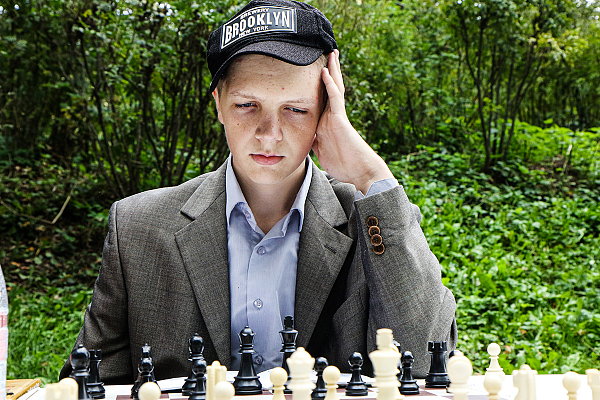 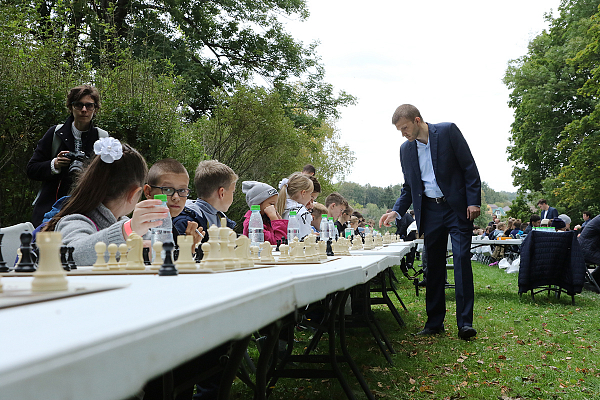 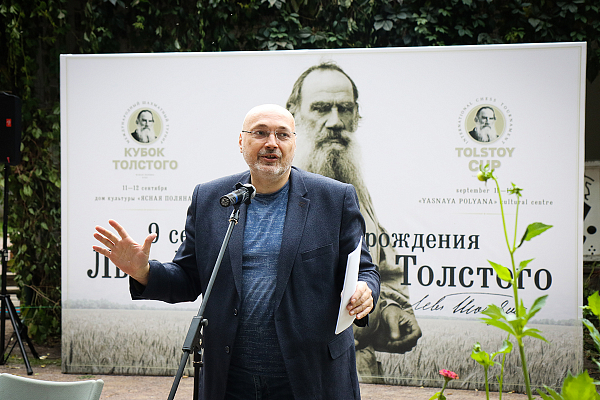 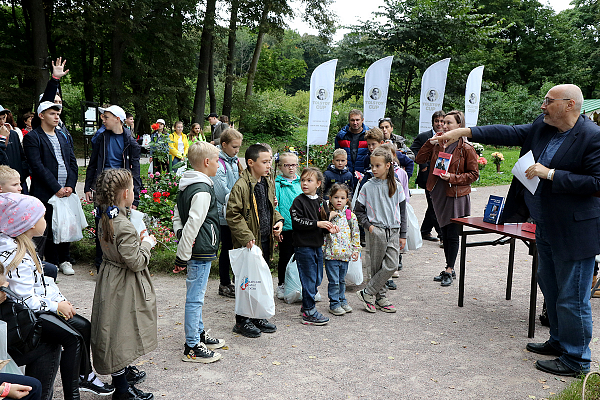 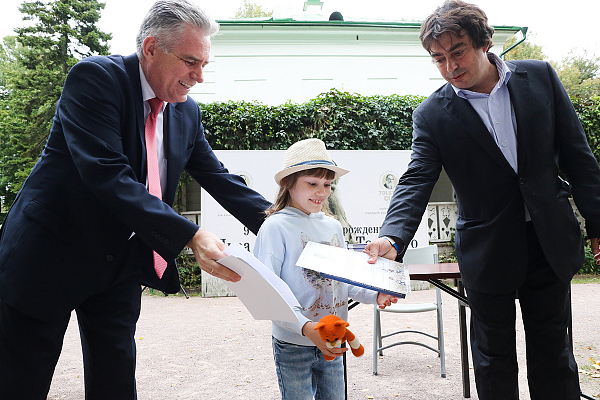 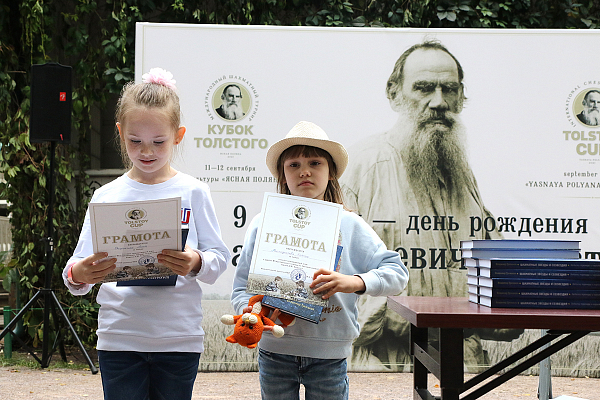 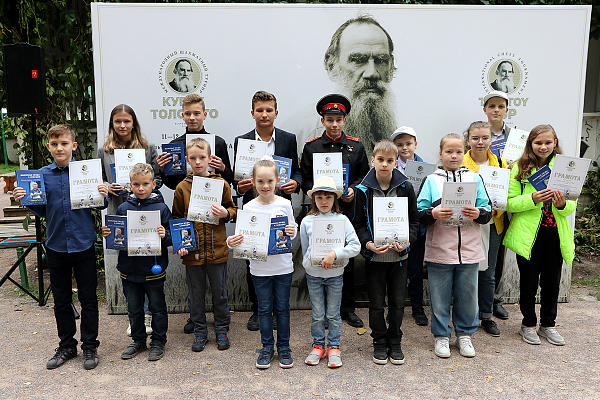