His next opponent will be Magnus Carlsen. 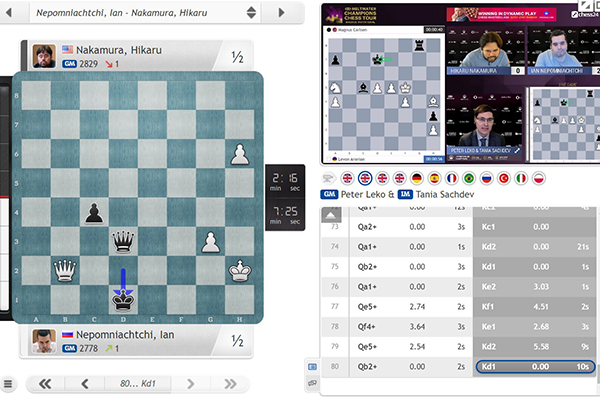 The quarterfinals of the Magnus Carlsen Invitational, the 4th event on the Meltwater Champions Chess Tour, finished on Chess24.com on March 17.

Ian Nepomniachtchi defeated Hikaru Nakamura, having won the second match 2.5-0.5. It is to be reminded that the first encounter ended in a draw.

The semifinal matches will start on March 18.