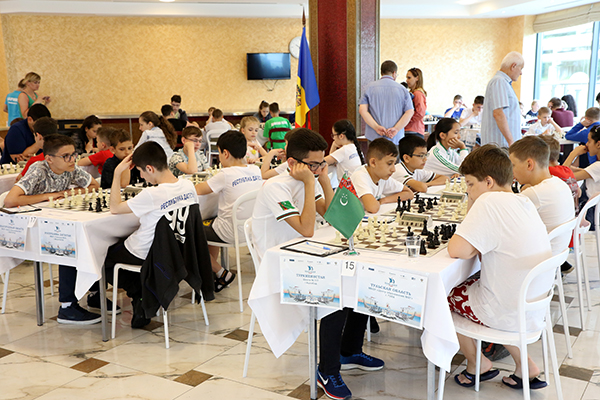 The final stage of the All-Russian school team competition Belaya Ladya is scheduled to take place from 20 September to 2 October. Schoolchildren will compete in online mode at https://www.chessking.com/. The year 2020 marks Belaya Ladya’s 51st edition.

The competition is supported by the Elena and Gennady Timchenko Charitable Foundation, the Federal Grid Company Unified Energy System (FGC UES), and PhosAgro.

– Belaya Ladya is known for its pride of place in our calendar and enjoys a long history and unique traditions. Upon Belaya Ladya's rebirth in 2014, its Final has upgraded to an international event. That said, Belaya Ladya's 50th anniversary in 2019 in Dagomys gathered as many as 80 Russian and 25 foreign teams ranging from Brazil to Ireland. I extend my special appreciation to our partners, particularly to the Timchenko Foundation, for their long-term support of Belaya Ladya.

Igor Baradachev, Head of the Sports Programme of the Timchenko Foundation:

- This year’s coronavirus outbreak has changed all aspects of our lives. However, modern technologies keep promoting chess in the pandemic period nonetheless. Therefore, we have decided to run the 51st edition of Belaya Ladya in online format. Organizers and arbiters do their best to assure fair play, and the knockout format will only add to players’ and fans’ emotions. May all players enjoy spectacular games and may the best man win.
FT’s quote

The competition features school teams made up of pupils aged 14 years of age and below. Team’s lineup: Six players, including four players (with at least one female player), a team coach and a chess arbiter. The team coach is a team captain.

The Final admits one regional stage winning team from each constituent entity of the Russian Federation. Qualification events are entitled to run inclusive of August 31 in both over-the-board and online formats. Application forms for the Final are to be submitted before 12:00 am (Moscow time) of September 10.

The final stage splits the teams into two groups competing to the Swiss system in seven rounds as follows:

Group A – teams of the Far Eastern and Siberian federal districts;

Belaya Ladya will be accompanied by the final event of the Chess in Schools project titled Debut, as well as by seminars and a conference.