FIDE World Cup: Most of Round 2 Participants Determined

23 matches will be decided on tie-break. 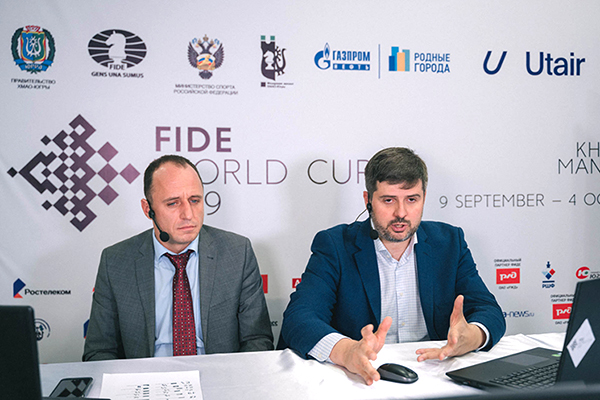 Second games of the FIDE World Cup's First Round were played on September 11 in Khanty-Mansiysk.

The World Cup newcomer Johan-Sebastian Christiansen (Norway) delivered a major sensation by knocking out one of the rating favorites, Radoslaw Wojtaszek (Poland). The Norwegian won both games of the match.

Another unexpected result was observed in a match between Daniil Yuffa (Russia) and David Navara (Czech Republic): the Russian checkmated his experienced opponent and won the match 1.5-0.5.

S.P. Sethuraman (India) managed to come back in a match with Tamir Nabaty (Israel). Constantin Lupulescu also managed to level the score after losing the first game to Igor Kovalenko (Latvia). Vladimir Fedoseev (Russia) lost the second game to Surya Ganguly (India), allowing the opponent to tie the score. S.L. Narayanan (India) also came back against David Anton Guijarro (Spain). In the longest game of the day, the Iranian Ehsan Ghaem Maghami defeated Yu Yangyi (China). All these players will continue on tie-break tomorrow.

The tie-break of the first round will be played on Thursday, September 12.