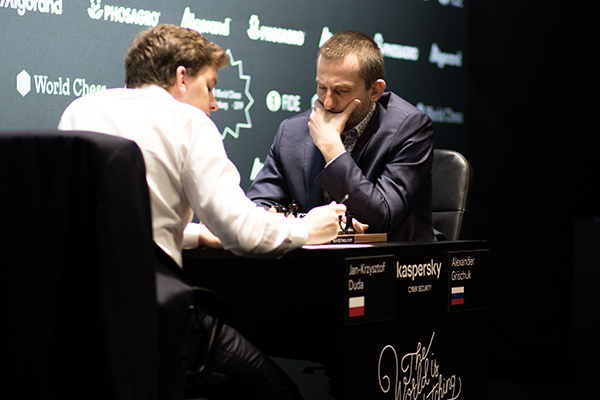 The second game of the final match between Alexander Grischuk and Jan-Krzysztof Duda was played at the FIDE Grand Prix leg organized by World Chess in Hamburg on November 16.

Alexander Grischuk, who had the black pieces, got quite a pleasant position as the white king got stuck in the centre. Black sacrificed a central pawn for the initiative and then both opponents spent much time to calculate the complications. Soon White temporarily got two pieces for a rook but after a series of tactical actions, the material balance equalized: only queens, rooks, and pawns left on the board. The draw followed in the rook endgame on the 38th move.

The score is 1-1. The players will determine the winner on tiebreak on November 17.