Two round are played at the GCT event. 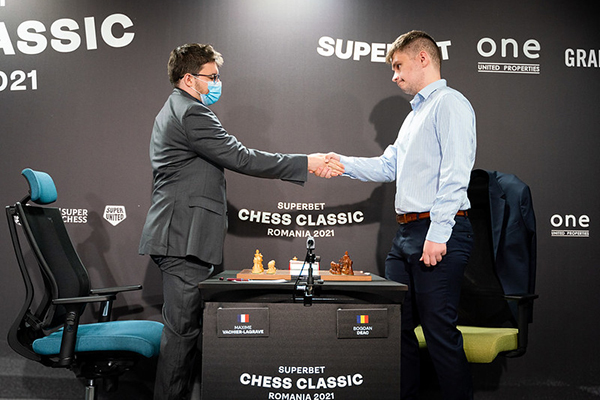 
The second round of the Superbet Chess Classic super tournament, the first event of the 2021 Grand Chess Tour, was played in the capital of Romania. Fabiano Caruana defeated Constantin Lupulescu with White, while Bogdan-Daniel Deac won against Maxime Vachier-Lagrave with the black pieces. The games So - Aronian, Giri - Radjabov, and Mamedyarov - Grischuk. were drawn.