The event is scheduled to be held from November 24 to December 16. 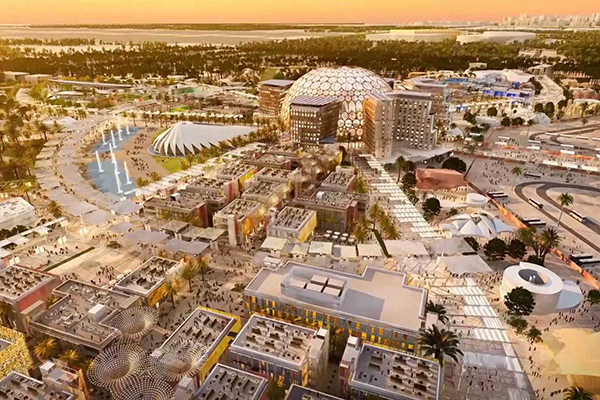 
The International Chess Federation announced that the next FIDE World Chess Championship Match would be held at Expo 2020 Dubai, promising an enthralling contest.

Organised by the International Chess Federation (FIDE), the postponed 2020 match will take place between 24 November and 16 December 2021, and will see the reigning World Champion Magnus Carlsen (Norway) defend his title against the winner of the delayed FIDE Candidates Tournament, which is due to conclude in Yekaterinburg, Russia, in April. The two players will compete for a prize fund of EUR 2 million.

The match will consist of 14 games. A player, who will score 7.5 points, will be declared the winner. In case of a level score, a tiebreak will determine the strongest one.

FIDE President Arkady Dvorkovich says: "The World Championship Match is an outstanding event, and we are proud to team up with Expo to create a breath-taking experience not only for the hardcore chess fans, but also for the wider audience. Ever since the first international tournament, held in London in 1851 as a part of the Great Exhibition, chess is strongly connected to the events epitomizing human's mind progress and strive for excellence.

This year's match will be exceptional in many ways, and I believe it is going to be an event to remember for the years to come. Chess - a game with hundreds of years of history but still enigmatic, is going to manifest its beauty in this competition of two best chess minds, and thanks to the cooperation between Expo and FIDE we shall see entire chess world following this battle."

The Championship will also include a series of side events, including exhibition matches and appearances by former champions and celebrity fans. With live commentary capturing every move, the match will be broadcast live worldwide, reaching a global audience of hundreds of millions. Spain will also host the final of the World Online School Chess Tournament at Expo 2020 Dubai, aiming to promote the educational power of chess in line with the Spain Pavilion’s theme of ‘Intelligence for Life’.