Arkady Dvorkovich: This Is Just the Beginning of Work! 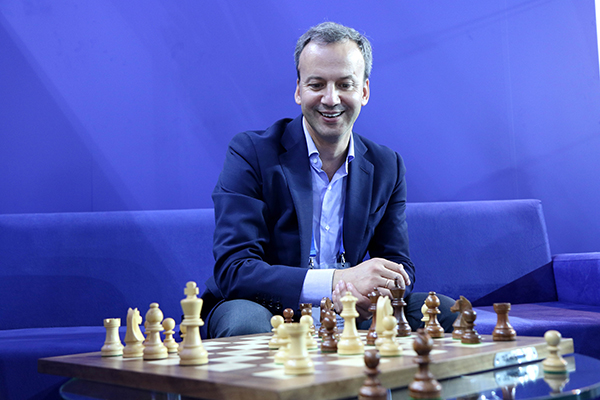 It is now 100 days since a new team, led by President Arkady Dvorkovich, has taken over the FIDE office. Interviewed by Vladimir Barsky for Sport Express, Head of FIDE answers many topical issues, such as cheating, world championship cycle, and reforms to take place with the international chess organization.

– It has just been 100 days since your election as FIDE President. Not yet an anniversary, it is nonetheless an occasion to draw first conclusions about your being in office in a new capacity.

– Indeed, it is this topic that we were joking about at the recent FIDE board meeting, “One hundred days since the mobilization order!” The number of events and meetings that this brief period is so rich in beggars belief. It would be more proper, perhaps, to take into consideration the entire period that has passed since I joined in the FIDE presidential campaign. I thank the Russian Chess Federation and its President Andrey Filatov for having nominated and then actively supporting me throughout the presidential campaign.

– You did a lot of travelling in the capacity of a candidate. Are you a get-up-and-go type of person?

– As a matter of fact, yes, I am never fed up with getting a new life experience. The latest half a year has seen me in dozens of countries of Europe, Asia, Africa and Latin America, Australia being the only exception! An extensive amount of work has been done by my team-mates: Mahir Mammedov, Bachar Kouatly, Zhu Chen, Victor Bologan, Emil Sutovsky, my friend Igor Kogan, a friendly team of the Russian Chess Federation (the election campaign headquarters was headed by its executive director Mark Glukhovsky) and many others. Lack of such support would hardly bring any success at the polls.

– Your main competitor Georgios Makropoulos initially voiced his unwillingness to run for FIDE President. Weren't you expecting him to later change his mind and put up so stubborn a resistance in the elections that it would even end up in legal proceedings?

– All in all, I am no longer a rookie in the world of chess and, therefore, was prepared for any unexpected twists and turns. High profile lawyers helped clear all issues to defend our position. I sincerely hope that any controversial issues will be settled at the negotiating table in future. We are always ready to hear out anybody's point of view.

– Khanty-Mansiysk managed the event to a very high standard, as usual. I thank the governor Natalia Komarova for the support. September this year, the World Cup takes place in Ugra, and the World Chess Olympiad in 2020. Preparation for those events is already underway. It was with great interest that I watched the final matchup between Ju Wenjun (China) and Kateryna Lagno (Russia). Kateryna was in the lead as the match started, but lacked energy at the end as Ju first equalized and then went on to take the upper hand at the tie-break. I congratulate the Chinese player, and it seems the first time in chess history that the reigning world champion has succeeded in defending her title in a knock-out event. However, Kateryna deserves the kindest words as it was literally a month before the tournament that she had given birth to her fourth child, which was not in her way to deliver a brilliant performance anyway! This said, she crowned the year with becoming a blitz world champion. Well done!

– What stands behind your decision to reshape the women's world championship cycle?

– There have been many voicing their dissatisfaction over its complexity. This year marks its transition to men’s formula, when the world champion defends her title against the Candidate's tournament winner. Qualification is subject to either ELO rating or the World Cup standings. Thus, retaining this right are all chess players entitled to participate in the knockout tournament. Besides no one suffering, there is added a new competition with a prize fund of 200 thousand dollars, considered high for women's chess. I am grateful to the President of the Republic of Tatarstan Rustam Minnikhanov for having invited to host this new competition. 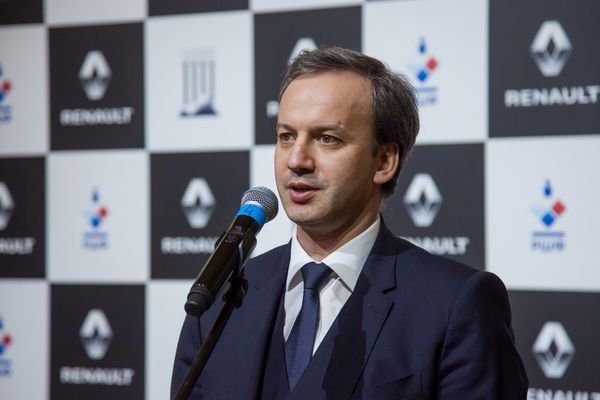 Shield prevailing over sword in London

– The London contest between Magnus Carlsen and Fabiano Caruana had all 12 classical games end in draws, bringing forth a storm of outcries. Is FIDE about to introduce any changes into the world championship cycle?

– The matchup saw a stubborn and exciting struggle, in which both the champion and the candidate delivered an outstanding performance. 12 draws is a concatenation of circumstances: Carlsen got a huge edge in game one, and had he brought it home, the scenario would have been totally different. The followup games gave both grandmasters excellent winning chances, but it so happened that the shield ended up prevailing over the sword. The world championship tradition goes back a long way, and, one might say, is our most valuable "brand". Therefore, any changes should be implemented with extreme caution. We have launched a broad survey among professionals, and its findings will serve as a basis for taking further decisions. By the way, I am grateful to the ex-world champions Vishy Anand and Vladimir Kramnik for agreeing to become counselors to FIDE President as their experience and insight is of high value to us!

– Was the match organized to a high standard?

- Previous FIDE administration has delegated rights to organize the world championship and associated qualification events to World Chess. The Candidates tournament held in Berlin, March 2018, was subject to extensive criticism from both players and spectators, which resulted in dissatisfaction of sponsors. This time we kept a close eye on all organizational issues, and the match seems to have raised to quite a satisfactory level. Nevertheless, there is a number of significant points that we and World Chess disagree over. The very idea of FIDE’s most valuable asset’s delegation seems underwhelming to me. It would be ideal to return the rights first, followed by nominating the event organizer on a competitive basis. This is the way of all international organizations, and FIDE should be no exception.

One of our goals is to organize championships at different continent each and every time. We also want to promote chess by attracting famous people from various fields, be it show business, science or culture.

It has been long since we saw anything similar in terms of chess commotion.

– What about the operation aimed at rescuing the King Salman World Rapid and Blitz Championships?

Rescue operation is too strong a word, but in general the “operation” went off successfully! Under the contract with FIDE, these highly-funded prestigious competitions are to take place in Saudi Arabia in the years 2018-2020. Judging by multiple feedback, last year's championship was well organized, but there crept in obstacles of political nature to stand in the way of arrival to Riyadh for chess players from a number of countries - Israel, Iran, and Qatar. Certain leading players from other countries joined in to decline the event as a sign of protest. However, our task is that all players could take part in the competitions of their choice. We were fortunate to find a compromise by way of relocating the events to St. Petersburg, while carrying them out under the auspices of Saudi Arabia's King Salman. This and the support of the Russian sponsors made it possible to secure a hefty prize fund of US$ 1,150,000. Meanwhile, it cost the national budget not a single coin.

– Did you anticipate our northern capital’s chess fans to take such an interest towards the competitions.

– I was pleasantly surprised indeed! Thousands of spectators visited the city’s Manege every day. It has been long since we saw anything similar in terms of chess commotion! I am happy it worked out in the end, but we needed to take the associated decisions without delay. With the new head of St. Petersburg Alexander Beglov supporting us, we managed to clear all organizational issues quickly. It goes without saying that we need to thank the Russian Chess Federation's team, whose efforts and dedicated work brought it all into reality. And, of course, thanks go to all strongest grandmasters led by world champions Magnus Carlsen and Ju Wenjun for coming to St. Petersburg and showing a bright performance! I hope that cooperation between FIDE and Saudi Arabia carries on into 2019.

FIDE – same representation in the digital world as 15 years ago

– What else of importance has been achieved by FIDE within a hundred days of election?

– Over the past few years, FIDE was actually lacking a full-fledged bank account. We have managed this problem at last. The 2019 budged has been enacted that is twice as high as that of the previous year. A first few contracts have been signed between FIDE and the national federations. We are about to introduce new financial reporting standards to help better see how money is spent for promoting chess at each continent. Our central office will soon move from Athens to Lausanne, sited by such high-caliber sports organizations as IOC and FIFA. FIDE has significantly increased its representation in the digital world, most of all across social networks and web hosting platforms. Of course, one hundred days is not such a lengthy period of time, but we already witness a very encouraging trend of growth in figures - some of them have gone up by 200-300 percent. This is only the beginning of work because FIDE has fallen back by some fifteen years in this sphere. The 2019 plans include a complete reshaping of the FIDE website, as well as launching new online services important for both amateurs and professionals.

– FIDE has long been turning a blind eye to the problem of cheating. Will it be different anytime soon?

– It has been underway for quite a while now! In St. Petersburg, the anti-cheating officers, armed with metal detectors, could approach to check a participant any time, be it Magnus Carlsen, Vishy Anand or Boris Gelfand. I am happy about leading grandmasters’ respect of this measure, which invariably evoked smiles when undergoing checks. Of course, they are beyond suspicion, but this forced measure should equally apply to everyone; no one should refuse to undergo similar checks aimed at getting rid of this "chess doping.” We are developing a detailed and complex plan and will be steady about going ahead with it.

– Which are the tasks that you set in front of FIDE in the coming months?

– We have successfully delivered on the crucial tournaments scheduled in the calendar. Now we need to define a format, deadlines and venues for the upcoming events. We need to sign long-term contracts with sponsors and improve the quality of competitions. We need to wake up dormant chess life in the developing countries. There is no lack of plans. Quite a few items have been voiced in our pre-election program, and we face new challenges all the time.