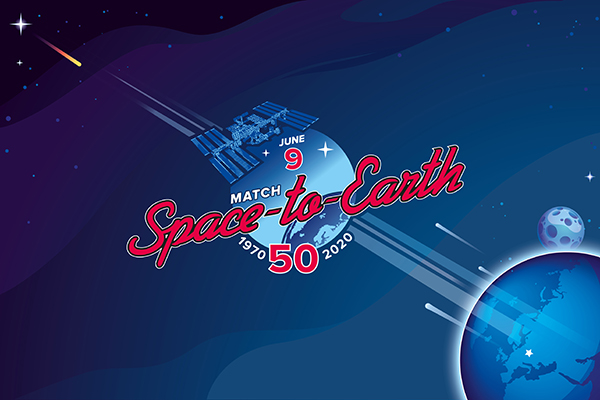 On June 9, a chess match between Space and Earth is scheduled to take place in the main hall of the Moscow Museum of Cosmonautics. The event is co-organized by the Moscow Museum of Cosmonautics, the Roscosmos State Corporation, and the Chess Federation of Russia. The match is timed precisely to the half-century anniversary of the first Space to Earth game of chess played on June 9, 1970.

The match features pilot-cosmonaut Anatoly Ivanishin, Hero of the Russian Federation, and cosmonaut Ivan Vagner, who will deliver the battle from aboard the International Space Station.  "Representative of the Earth" is Sergey Karjakin – a rapid and blitz world champion and two-time winner of the World Team Championship as a member of the Russian national team. He will be playing the game from the Moscow Museum of Cosmonautics.

Live streaming in the Russian and English languages is co-organized by the Chess Federation of Russia, the Roscosmos State Corporation, and the Moscow Museum of Cosmonautics. Social network VKontakte, the official online partner, is a platform that provides the event coverage for spectators. Same as 50 years ago, the first move advantage belongs to the space crew.

The anniversary match will be the culmination of celebrations dedicated to the legendary chess game.

April 18, 2020, ChessKing.com hosted a big Online Space Chess Festival, co-organized by the Moscow Museum of Cosmonautics, the Roscosmos State Corporation, and the Chess Federation of Russia. The team chess tournament among Roscosmos employees, as well as open schoolchildren individual/team tournaments, brought together as many as 338 teams from all over Russia and even a team from India. All in all, participation applications were filed by 2 609 players. The corporate tournament of Roscosmos employees brought together as many as 26 teams.

Space – Earth is the first-ever chess game played on June 9, 1970, between the cosmonauts in flight and "representatives of the Earth.” Space was represented by the crew of Soviet spacecraft Soyuz-9 consisting of pilot-cosmonauts Andriyan Grigoryevich Nikolaev and Vitaly Ivanovich Sevastyanov. Earth representatives featured the head of the Soviet cosmonauts training center, Colonel-General of Aviation Nikolai Petrovich Kamanin, and pilot-cosmonaut Viktor Gorbatko. Pilot-cosmonaut Valery Fedorovich Bykovsky was in charge of the game coverage.

The game was taking place when the crew had a rest day and lasted about 6 hours. Communication was maintained over the radio. The moves were timed to when the ship would fly over the USSR territory. Space had the white pieces.

A unique chess set designed for zero gravity conditions was used for that game. The space chess designer was Mikhail Ivanovich Klevtsov – a young engineer, candidate of biological sciences, and employee of the Institute of Aviation and Space Medicine. Any magnet designs were ruled out because of sensitive instruments, but Klevtsov came up with a simple and original system of notches and grooves. This unique set is currently at the display with the Chess Museum of the Chess Federation of Russia.

Photos: Archives of the Moscow Museum of Cosmonautics and Chess in the USSR magazine