Statement of the CFR President. 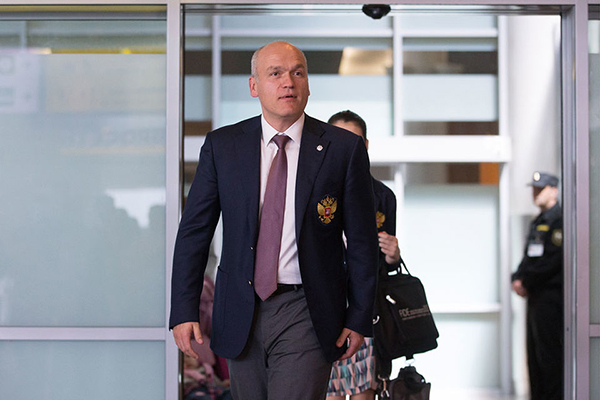 The Russian grandmasters Alexander Grischuk and Ian Nepomniachtchi qualified for the FIDE Candidates Tournament (Yekaterinburg, March 15 - April 5, 2020) from the FIDE Grand Prix Series. The Russian Kirill Alekseenko will be nominated by the organizer. The decision is commented by President of the Chess Federation of Russia Andrey Filatov.

CFR President Andrey Filatov: "I'd like to congratulate Alexander Grischuk and Ian Nepomniachtchi with all my heart. The Russian grandmasters got the spot in the FIDE Candidates Tournament in the extremely tough struggle.

Alexander Grischuk won the FIDE Grand Prix Series, while Ian Nepomniachtchi took the second place. Their successful performance started from the first GP leg in Moscow, where they met in the final. I think that their qualification for the Candidates Tournament is a great success of the Russian chess school.

I would also like to mention a young grandmaster from Saint Petersburg Kirill Alekseenko, who took the first non-qualifying place in the FIDE Chess.com Grand Swiss. According to the FIDE Regulations, he (the only one from the Russian players) can be nominated by the organizer of the Candidates Tournament. I'd like to thank the head of the Sima-Land company, President of the Sverdlovsk Region Chess Federation Andrey Simanovsky. His company has become the main sponsor of the Candidates Tournament in Yekaterinburg and thanks to it another Russian player got an opportunity to get a wild card".