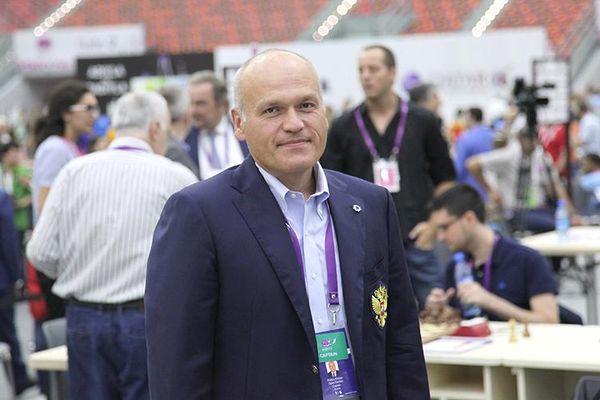 Head coach of the Russian national men's chess team Andrey Filatov determined the team's composition for the European Team Championship, which will take place in Batumi, Georgia, from October 23 till November 3, 2019.

Andrey Filatov: "We decided to send a young team for the European Championship. Vladislav Artemiev was a reserve player at the recent World Team Championship. After it, he was showing a stable play and burst into the world Top-10 several times. It will be interesting to see how Vladislav will manage the leading role. Dmitry Andreikin will also be playing higher - on the second board. It is important to check how he will cope with this task. Nikita Vitiugov and Maxim Matlakov are known for their stability, they have already played for the national team and have a great experience. And of course, we expect the highest possible result from Daniil Dubov. In 2018, he became the World rapid champion in Saint Petersburg and now he has a good chance to show his worth as part of the national team".