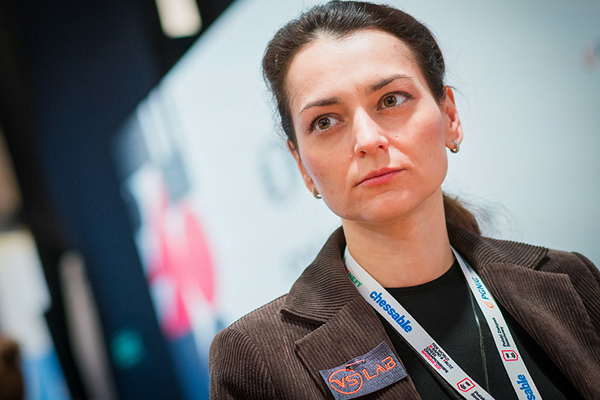 
The FIDE World Rapid Women's Championship is completed in Warsaw.

Having scored 9 points out of 11, the Russian Alexandra Kosteniuk became the world champion. The winner left behind Bibisara Assaubayeva (Kazakhstan) by half a point. Valentina Gunina and Kateryna Lagno (both representing CFR) got 8 points each; thanks to the superior tie-break, Gunina won bronze.


Our congratulations to the Russian players Alexandra Kosteniuk and Valentina Gunina on winning the medals of the FIDE World Rapid Women's Championship!